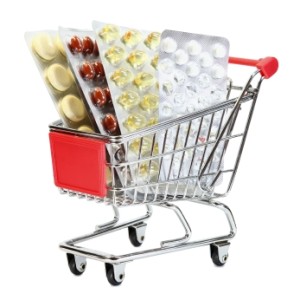 It’s relatively easy to learn what the premiums are for available Part D plans but learning the real Medicare Part D cost involves understanding a lot of moving parts.

Each year many Medicare beneficiaries make the mistake of choosing a Medicare drug plan based on premium alone.

This is often due to several misconceptions about the Medicare Part D program.

The biggest misconceptions are that there is a universal Medicare formulary and that individual drugs are placed in the same tier by all plan providers.

These two misconceptions often lead people to choose a plan that does not cover all their medications and many times pay more than they need to.

The Part D premium is certainly a major determinant of annual cost but not the only factor that can contribute to overall costs. The average monthly premium for Part D is approximately $34.00 per month.

The lowest premium nationwide for 2017 is the Humana Walmart RX plan at $17.00 per month. Some Part D plans have monthly premiums well over $100.

Here are some factors to consider when calculating Part D costs:

The above factors are the variables between Part D plans and in addition to the premium will greatly influence the overall cost.

Some feature of Medicare drug plans are the same. Part D is regulated by CMS. The following aspects of the Part D program are the same for all plans:

When comparing Part D plans be sure to have a list of your medications available so you can compare it against a plan’s formulary to first determine if all your drugs are covered. This is also the time to note which tier your individual drugs are listed in.

Many plan websites allow you to enter your drugs so your annual costs can be calculated. If you use this type of feature be sure to look at more than one company.

If you have chronic health condition or require newer or some of the less prescribed medications you will likely need to look at a plan with an expanded formulary.

As you look at all factors involved you should have no problem learning what costs you will have and be able to find the best part D plan for your situation. .