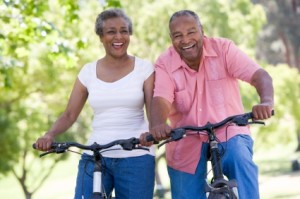 WellCare offers Medicare Advantage plans that are often quite popular with their members.

Both traditional type plans with or without Part D are available.

Wellcare is also a provider of Medicare plans for people who are considered dual-eligible.

This is a natural extension for them given their strong presence in the Medicaid market.

WellCare offers coordinated care plans, including both Medicare HMO and HMO-POS plans. The Point-Of-Sale plans give the members greater freedom when choosing providers.

Medicare Advantage plans are not required to include Part D drug coverage and a couple plans offered by WellCare; Advance HMO and Essential HMO-POS, are medical only plans.

Plans branded as: WellCare Choice and WellCare Value, include both medical and Part D coverage. The Choice plan is a HMO-POS and the Value plan is a HMO.

WellCare Medicare Advantage plans are also available for those people that are dual-eligible, that is, enrolled in both Medicare and their State’s Medicaid program. Two popular plans are WellCare Access and WellCare Select.

Medicare Advantage plans are available on an annual basis and you should not assume that your current plan will look identical to next years plan.

The proof of that is the fact that WellCare PFFS Advantage plans that were once popular are no longer available.

If you are interested in a WellCare Medicare advantage plan you can compare plans online or visit the WellCare website.

Visit the Medicare website to review Medicare Star ratings of all WellCare plans.