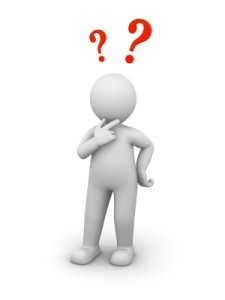 Mention Health Care Reform and you’re going to get strong opinions from both supporters and those people who are in favor of repealing the wide sweeping legislation. Those opposed focus on both the cost and the mandate that requires everyone to have health insurance by 2014.

People in favor of the reforms usually focus on those aspects that will benefit them or rely on the philosophical argument that health care should be a right in a civilized society.

The closing of the Medicare Part D coverage gap is a significant benefit for Part D plan members. The legislation was crafted to incrementally close the donut hole by 2020. Savings that have already been recognized or will take place include:

To be fair, not all plan members reach the Part D coverage gap, but many do. The cost of drugs during this time can leave a plan member choosing between required medications or other necessities. Going without medications or cutting back for financial reasons can be detrimental when trying to manage chronic conditions.

How is this aspect of health care reform funded?

Make no mistake about it. The Medicare Part D program is subsidized by the federal government. Monthly premiums,  member copays and coinsurance payments are not enough to pay for the high cost of drugs.

So is it true that we will have our taxes increased or have a run-away deficit due to the Part D coverage gap gradually closing? Many people argue this won’t happen because funding is accomplished by cutting drug costs.

The key to funding this change to the Part D program was getting the pharmaceutical companies to lower the amount they charge Medicare for covered drugs. The drug manufacturers were literally strong armed by Medicare to lower the drug costs.

If drug manufactures  don’t offer a discount on drugs, those drugs will not be included as Part D covered drugs. This means by any Part D plan. Simple enough… lower your prices or we won’t buy your drugs!

Before you start to feel sorry for the drug companies keep in mind that they have been benefiting from a government subsidised program since 2006. And they have been selling drugs to the same general group of people who brought us the $2000 hammer! Can you say lack of oversight?

So… when you pick sides in whether repealing health care reform legislation is the right thing to do, keep in mind that there are aspects of the package that may not be a huge financial burden. Namely, closing the Part D donut hole by 2020.