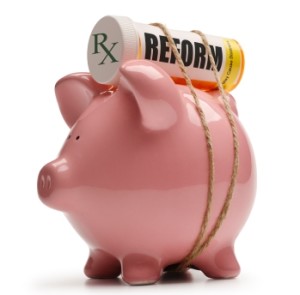 You’ve heard it on television, on talk radio and you’ve read about it online and in the newspapers: ObamaCare is going decimate Medicare Advantage. But is that really true?

Although I am not a fan of ObamaCare, I do appreciate when news is factual. I believe that people under 65 have a lot more to fear and complain about than people on Medicare.

The Kaiser Family Foundation recently reported that Medicare Advantage enrollment increased by approximately 10% last year and by 30% since 2010.

Initially, payments to Medicare Advantage providers were to be cut by 2.2% for 2014, but this has been reversed and payments are actually set to increase by 3.3%.

How will ObamaCare affect Medicare and Medicare Advantage

It’s hard to predict what could happen years down the road, but for now you shouldn’t see too many negative effects as far as benefits go. In fact, you can credit ObamaCare for closing the coverage gap. You currently pay 47.5% of your Part D plan’s cost for brand-name drugs in the donut hole and 79% for generics. The donut hole is expected to close by 2020.

If you have been in the donut hole or know someone who has, you know that closing the donut hole can potentially save a lot of money and give you one less thing to worry about.

If payments get cut to Medicare Advantage Plan providers, you may see higher premiums or less ancillary benefits in the future. Plans can change benefits and premiums each year whether their funding is reduced or not.

The people who beat the drum for ObamaCare will parrot his line that you will be able to keep your own doctors, but there may be more to that story.

There are 48.6 million people without health insurance in the United States. That’s 15.7% of the population. Many of these people will qualify for coverage under the Medicaid program. And a whole lot more will be eligible for a federal subsidy.

People under 65 will have a subsidy to buy health insurance if their income is less than 400% of the federal poverty level. That’s $94,200 for a family of four.

What do you think will happen when these newly insured people can visit a doctor? A large percentage will visit a doctor. ObamaCare does not magically increase the number of medical providers by 15.7%. Sure, you can keep your doctor, but how long will you wait to get an appointment?

Medicare Advantage enrollment will most likely continue to increase; with or without Obama’s health care reform. It’s a very popular program, but you have to wonder how the usage of your plan will integrate with the main aspect of ObamaCare: mandated coverage, adding millions, while not increasing the number of providers proportionally.