Medicare Extra for All is Dangerous Proposal

Center for American Progress proposes Medicare Extra for All 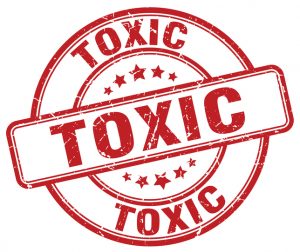 The latest proposal for the government to control healthcare comes from the Center for American Progress, a liberal think tank masquerading as nonpartisan. The proposal is called Medicare Extra for All and it has the potential to be detrimental to seniors on Medicare.

The Center for American Progress mission as stated on their website reads:

The Center for American Progress is an independent nonpartisan policy institute that is dedicated to improving the lives of all Americans, through bold, progressive ideas, as well as strong leadership and concerted action. Our aim is not just to change the conversation, but to change the country.

But Medicare Extra for All is a proposal that is anything but nonpartisan. The Center has been aligned with former president Obama and candidate Hillary Clinton.

What is Medicare Extra for All?

The proposal states that the plan would use  Medicare’s payment system “as a framework to pool working-age people and their families, low-income people now covered by Medicaid and seniors.”

Features of the proposed plan would include automatic eligibility for all US citizens and legal residents. Free preventive care, treatment for chronic disease and generic prescription drugs. Dental, vision and hearing services would be included.

Low income people would have no premiums while income would determine premiums for those considered not to be low income. The definition of low income needs to be worked out. Seniors with Medicare Advantage Plans could keep similar coverage through a plan called Medicare Choice. Choice members would gain dental, vision and hearing services as well as some long term care benefits.

Why Medicare Extra for All is especially dangerous for seniors

First of all this plan has to be paid for. Proposals to to help pay for Medicare Extra for All include rollback of some of the recently enacted GOP tax cuts for corporations and upper-income people, raising Medicare taxes on upper-income earners and tax increases on tobacco and sugary soft drinks.

When the number of insured climbs, the possibility for the benefits to be diluted increases. In a not so transparent attempt to appease seniors who ask to many questions the plan throws the bone of benefits for dental, vision and hearing services and long term care benefits. But dental, vision and hearing benefits are already available on many Advantage Plans. And with long term care costs averaging $225 per day as of 2016 it’s not likely that any long term care benefits included in Medicare Choice will be that generous. It’s just not going to get paid for.

It’s also a matter of fairness. Someone who ages into Medicare has paid a lifetime of Medicare taxes through payroll deduction while working. To give all US citizens and legal residents (and the definition of legal resident seems up to debate aka DACA) access to Medicare benefits without paying their fair share in many cases is simply not fair.

For the time being this proposal is not likely to go anywhere given that the republicans control both the House of Representatives and Senate but mid-term elections are not that far in the future. Keep your eyes on this one.