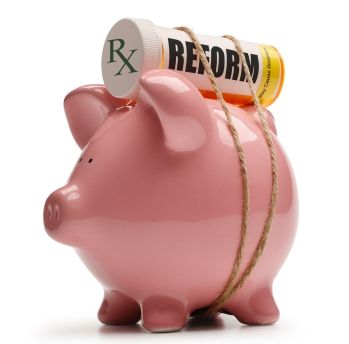 It plays out in congress every year. Doctors are threatened with payment cuts and congress ultimately kicks the can down the road until the next year. These annual cuts were mandated under what was known as the Sustainable Growth Rate (SGR). The general idea was to keep payments in line with the overall growth of the economy. (The laws of supply and demand be damned!)

Now legislation, referred to as the Doc Fix, has been passed and will bring about some significant changes to how doctors are paid. But more importantly for you…these changes will affect your pocketbook.

To put it simply, the main difference how doctors are paid now versus in the future, comes down to quality versus quantity. Doctors have been paid primarily on how many patients they see and how many procedures they perform. An article in Morning Star News explains:

What the Doc Fix Medicare reform means to you

The legislation will make the 100% subsidy program permanent for low income individuals. The Part B premium ($147 for most beneficiaries) will be covered for individuals earning from 120% to 135% of the poverty level as long as they have modest assets.

But for Medicare beneficiaries with higher incomes it’s a different story. From Morningstar News:

But the plan comes with a significant price tag. It will increase federal deficit spending by $141 billion from 2015-25, and it calls for savings to the government by boosting premiums for high-income seniors ($34.7 billion in savings) and by prohibiting Medigap from covering the Part B deductible for new enrollees beginning in 2020 ($400 million in savings). The plan also will mean somewhat higher Part B premiums spread across the entire base of seniors.

If you’re enrolled in Medicare–or will be in the years ahead–here’s how the law could impact your pocket book.

Medigap
Most Medicare enrollees have some type of coverage that limits the program’s cost-sharing requirements. According to the Kaiser Family Foundation (KFF), 23% of all Medicare enrollees buy private Medigap policies; 35% have employer- or union-sponsored supplemental coverage; and Medicaid augments Medicare coverage for low-income seniors (19% of all enrollees).

Under the doc-fix law, Medigap plans will no longer cover the annual Part B deductible for new enrollees ($147 this year). That will mean changes for Medigap “C” and “F” plans, the two most popular plan choices and the only ones that cover Part B deductibles. Starting in 2020, seniors would have to pay it themselves. Current Medigap policyholders and new enrollees up to 2020 would be protected. First-dollar coverage from employers and Medicaid are unaffected.

High-Income Premium Surcharges
This feature of the new law socks it to the highest-income seniors. Affluent beneficiaries already pay more for Medicare; individuals with modified adjusted gross income (MAGI) starting at $85,000–or $170,000 for joint filers–pay a higher share of the government’s full cost of coverage in Medicare Part B and Part D for prescription-drug coverage. This year, for example, seniors with incomes at or below $85,0000 pay $104.90 per month in Part B premiums, but higher-income seniors pay between $146.90 and $335.70 monthly, depending on their income.

So let’s recap… When the new legislation becomes effective:

See a Chart of Medicare Premiums and Deductibles

Although these changes are not yet in effect it’s important to know what’s coming up and making a plan to cover these extra costs.

Will there be a shift to Medicare Advantage Plans?

Unlike Medigap policies, Medicare Advantage Plans will still be able to offer plans that don’t require you to pay the Part B deductible. It’s normally included in a plan with more of a focus on cost sharing such as copays and coinsurance.

Medicare Advantage Plans have been growing in popularity with nearly 30% of Medicare beneficiaries enrolled in this type of plan. It’s too early to know if these Doc Fix changes will fuel more people to enroll in an Advantage Plan rather than buy a Medicare supplement.

One of the biggest drivers of plan choice is cost. These changes could result in more people abandoning Medigap for an Advantage Plan. At any rate these new legislative changes will eventually become effective and put a squeeze on your budget.

To learn more about the differences between Medigap and Medicare Advantage check out my eBook on Amazon.