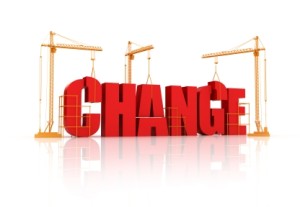 Medicare was not originally designed to offer zero dollar coverage. Like traditional health insurance for people under 65, Medicare requires deductibles for certain services.

CMS announced deductible amounts for 2012 and it’s not as bad as it could be. Some costs will actually be lower for 2012.

This could all change with the advent of the dreaded fiscal cliff. Stay tuned to see what Medicare deductibles will be for 2013.

This article will detail Medicare deductible changes and how they will effect your pocketbook related to the type of Medicare plan that you have chosen.

The Part A deductible is required beginning with the first day of in-patient hospital care. How the deductible gets paid varies depending on your type of plan as you will see below.

The Part B deductible is required prior to most out-patient services including doctors visits, diagnostic tests and facility charges.

How the Part A and Part B deductible gets paid depends on the type of Medicare plan you have. The deductible may be a non-issue for some people.

If you have original Medicare and are not enrolled in a Medicare Advantage plan or purchased a Medigap policy you will be responsible for the deductible prior to Medicare paying for any covered expenses. The good news is that there was very little increase in Part A costs and a decrease in the Part B deductible.

Plans C and F also pay 100% of the Part B deductible. Premiums for plans will vary based on comprehensiveness of coverage.

Your share of covered expenses will vary from plan to plan. You are not generally responsible for the Part A and B deductible but rather your cost sharing amounts will surely go toward your carrier paying those costs.

For example, if you are enrolled in AARP MedicareComplete Insured Through United HealthCare and are hospitalized, your daily copay is going toward the required Part A deductible.

Choosing a Medicare plan suited to your health and budget can minimize your exposure to Medicare deductible changes for 2012. That coupled with the 3.6% raise in your Social Security income for 2012 should actually minimize the financial pain and allow you to keep more money in your pocket.