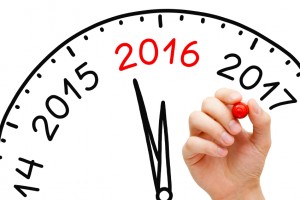 As a Social Security recipient you may be disappointed that there will not be a Cost of Living Adjustment COLA for 2016. Most people on a fixed income would argue that the costs of goods and services are getting more expensive.

Legislation enacted in 1973 provides cost-of-living adjustments to protect you against increases in the inflation rate. But the problem is due to how inflation is calculated. Cost-of-living adjustments are calculated by measuring the consumer price index for urban wage earners and clerical workers. It’s likely that this group of people allocate their money differently that retired people often on a fixed income.

Health care costs have had a greater impact on retirees than on the group for which the consumer price index is calculated. In fact many urban wage earners and clerical workers may be receiving a subsidy that helps pay for mandated health insurance coverage.

That’s the back story. As it relates to 2016 Part B premiums, most people will see no increase in monthly premiums because a federal law prevents increases in Medicare premiums if there is no increase in Social Security benefits. The vast majority of Medicare beneficiaries will continue to pay $104.90 per month deducted from Social Security checks.

There will however be increases for some people. Those new to Medicare (approximately 3 million) will pay $121.80 per month. Upper income beneficiaries will see higher premiums as well. The table below outlines Medicare Part B premiums.

Please note that the $121.80 figure is for new Medicare beneficiaries.

Most people do not pay Part A premiums as long as they have worked at least 40 quarters. If you haven’t worked 40 quarters and opt to buy Part A you will pay $411.00 per month up slightly from 2015.

Medicare deductible and coinsurance changes for 2016

If you have original Medicare you are subject to the Part B Deductible. Part B covers all outpatient services. Most Medicare Advantage plans and two Medicare supplement policies pay your Part B Deductible. If you are required to pay the deductible you’re going to be digging deeper in your pocketbook.

2016 Medicare Part A inpatient deductible and coinsurance amounts will increase as follows:

If you have been enrolled in Medicare for some time you’ve come to expect changes. In most cases changes mean more out-of-pocket costs to you. The 2016 elections throw just a little more uncertainty into the mix. Staying current on Medicare costs and what options you have available is vitally important.

Beginning in 2018 Medicare beneficiaries with higher incomes will see steep increases in premiums and the premiums are expected to rise faster for everyone across the board. The intent behind this legislation is to get you to think twice about going to see a doctor so you will not needlessly add to Medicare costs. Many will no longer just have to choose between basic necessities and  required medication they will in some cases choose between necessities and going to the doctor when they are sick.

The changes to 2016 Medicare premiums and deductibles seem reasonable in light of increasing entitlement spending but it’s completely understandable why some Medicare  beneficiaries are concerned.

If you’re new to Medicare or need to re-assess your coverage  get my Free 8 Part Video Mini-Course on choosing between a Medicare supplement and a Medicare Advantage plan.