Debt Super Committee failure may mean a 2% cut to Medicare 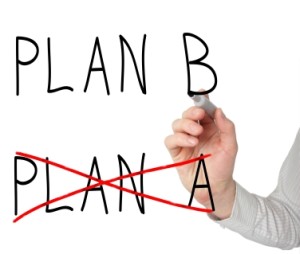 News reporters and media types are giddy. The members of the Debt Super Committee tasked with finding 1.2 Trillion in budget cuts were wringing their hand trying to figure out how to announce their failure.

But for real people on Medicare this means a mandatory reduction in Medicare of 2%… or does it?

No problem… just kick the can down the road. Now the new media buzz term… The Fiscal Cliff!

Now we’re back where we started We’ve read that story before!

Going to Plan B by default: Medicare cuts of 2%

Let’s assume that Medicare is to get cut by 2%. What does that mean to you? It more than likely means higher premiums, deductibles and out of pocket costs or a reduction in benefits.

Another scenario would be to further reduce payment to Medicare providers. But given recent reductions and strong lobbying efforts, don’t expect providers to roll over and play dead. In fact you would probably see a mass exodus of providers who currently accept Medicare assignment.

So that leaves you… the beneficiary.

The more likely scenario would be increased costs. It’s unlikely that benefits would be taken away. In fact new benefits such as the expansion of coverage to reduce cardiovascular disease are being added even during this time of debate.

How will cuts effect the type of plan you have?

If you are enrolled in original Medicare you could see higher premiums and deductibles or higher copays (beyond 20%) when you require service.

A logical step to control Part D costs would be to raise the annual deductible. At $320 per month for some plans this is already a hardship.

Currently there is regulation in place limiting  a plan’s provider the ability to raise premiums beyond a certain level. Expect higher out-of-pocket costs and watered down benefits.

Premiums that were once affordable may not be in the future. If costs go up so will the premiums for Medigap policies. There is already a proposal to slip a large deductible into Medigap policies to discourage use.

What do you think? Would you sacrifice benefits to keep the cost at today’s levels? Or would you rather keep your benefits and accept that they will cost a little more?

Leave a comment below for your voice to be heard.