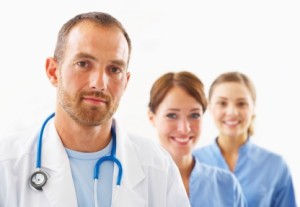 HealthSpring Medicare Advantage plans are a viable option where available

Given the recent acquisitions of HealthSpring, Inc., it would seem that they intend to have a larger foot print in the Medicare Advantage market for 2015.

HealthSpring, Inc. announced on August 9, 2010 that they had entered into an agreement to purchase all the capital stock of Leon Medical Centers Health Plans, Inc. which has over 25,700 Medicare Advantage members.

The Nashville based company announced that they entered into an agreement to purchase Bravo Health, Inc.  which has over 100,000 Medicare Advantage members in Pennsylvania, Texas and the Mid-Atlantic States. Bravo Health also has over 290,000 members enrolled in stand-alone Medicare Part D plans. These acquisitions will make HealthSpring the seventh largest provider of coordinated care Medicare Advantage plans nationwide.

Update: HealthSpring is now part of Cigna and plans are branded as Cigna-HealthSpring.

Based on feedback from HealthSpring members it may be in your best interests to compare HealthSpring Medicare Advantage plans for 2012 to other plans available in your area.

If you are enrolled in traditional Medicare and have Medigap coverage, comparing HealthSpring Medicare Part D plans to other Part D plans may also be a worthwhile endeavor.

There is also a dis-enrollment period beginning January 1 and ending February 14. During this time, an Advantage plan member can dis-enroll from their plan, return to original Medicare and purchase a stand-alone Part D plan (PDP). Beginning February 15, the member will be locked-in for the remainder of the year. Unless you have a Special Enrollment Period (SEP), this is the only plan change that will be allowed.