Does the source of a press release give it more validity? 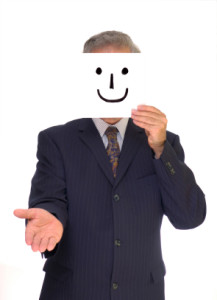 Press releases have been used in one form or another ever since things or ideas needed to be sold.

But when did it become necessary for the federal government to issue press releases about how good things are?

I’m referring to a March 21 2013 press release from CMS entitled,

“Seniors Saved Over 6 Billion on Prescription Drugs as a Result of the Health Care Law”.

The press release states in part…

As the third anniversary of the Affordable Care Act approaches, Health and Human Services Secretary Kathleen Sebelius announced today more than 6.3 million people with Medicare saved over $6.1 billion on prescription drugs because of the health care law.

First, if you are the one crafting this press release why would you be so arrogant to refer to parts of the Affordable Care Act a.k.a. Obama Care an “The Health Care Law“? When was it that we reduced decades of healthcare legislation down to the one ominous law?

6 Strategies That Can save You Money on Part D

How much money have you saved?

The press release states that after three years of the Affordable Care Act (particularly those aspects concerning Part D) 6.3 million seniors have saved $6.1 billion on prescription drugs.( Have disabled Medicare beneficiaries under 65 not saved?)

This is attributed to the one time check in the amount of $250 given to people who hit the coverage gap in 2010 as well as the gradual closing of the donut hole during the last 3 years.

There are approximately 48 million people on Medicare. So according to the above figures about 13% of beneficiaries saved about $968 per year for the past 3 years.

The touted benefit of closing the donut hole is really only effecting about 13% of the Medicare population.

In the mean time…

Now, I’m not bitching about some people saving some money. That’s not the point.

The point I’m making is more about the relevancy and honesty of the message.

There are some real problems on the horizon with Medicare and Medicare programs like Part D. You cannot add approximately 10,000 Baby Boomers a day to Medicare and not eventually have some funding issues.

Rather than sell a rosy picture to the public, those entrusted to administer Medicare need to have an honest conversation about what people nearing Medicare and those on Medicare will face in the next decade.

I’d like to know what you think. Is there a Medicare crisis coming or am I screaming wolf?