Are They Dismantling Medicare As We Know It? 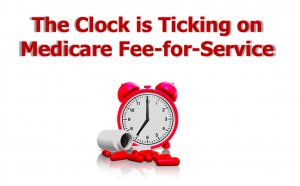 Starting in 2016 the Obama administration plans to change how Medicare pays for your medical bills. Beginning next year Medicare plans to base 30% of the payments to your providers on how well you are cared for. The general idea is to reward quality over volume. The goal is to put half of the payments under this new system by 2018.

On the surface this sounds noble but for some the path to hell is paved with good intentions. You can understand why some people are skeptical of this new payment arrangement after the problems faced by people under 65 with the implementation of ObamaCare.  What often is seen (and sold) as a good idea doesn’t always materialize when theory meets reality.

The question is, will paying doctors and hospitals less based on how their patients fare really result in healthier patients and better outcomes? Only time will tell. It will certainly result in less tests and procedures as providers will be paid not for the work that they do but on expected outcomes. We’ve seen these promises before… “If you like your doctor… you can keep your doctor”.

Still, the outlook for the administration’s initiative is unclear. Details of how the payment changes will be implemented remain to be spelled out.

Building on experiments under the president’s health care law, Burwell set a goal of tying 30 percent of payments under traditional Medicare to new models of care by the end of 2016. That would rise to 50 percent of payments two years thereafter. See more at: http://finance.yahoo.com/news/govt-overhaul-medicare-payments-doctors-hospitals-173201982–finance.html

How will your doctor or hospital react to the Medicare payment overhaul?

In April, pending legislation will cut doctors payments by about 20% unless Congress acts to revise it. Now compound that by potentially lowering doctor’s payments based on patient outcomes. And if that wasn’t enough of a shock wave, nearly 10,000 people become eligible for Medicare everyday and ObamaCare has expanded the ranks of people with insurance (mostly through Medicaid expansion) that now what access to a doctor.

So my question is this: Will doctors decide to limit access to people on Medicare who are chronically unhealthy? Am I being too cynical or could this become a reality in our brave new world? If you were an overworked medical provider and knew that you would potentially work harder and be paid less with certain patients, would you still see them?

If you are thinking to yourself… of course they wouldn’t drop patients for this reason you are probably a good hearted person and believe that doctors are just like you. If you think that doctors dropping patients could happen… you may be a realist.

And what about hospitals?

Maryland officials have reached what analysts say is an unprecedented deal to limit medical spending and abandon decades of expensively paying hospitals for each extra procedure they perform. If the plan works, Maryland hospitals will be financially rewarded for keeping people out of the hospital  — a once unimaginable arrangement.

“This is without any question the boldest proposal in the United States in the last half century to grab the problem of cost growth by the horns,” said Uwe Reinhardt, a health care economist at Princeton University.

Did you just read that? What do you think? Leave a comment below.

Providers who continue to accept Medicare patients may have to change how their patients are cared for. The following snippet below seems to indicate a little less autonomy for both the providers and the patients. And yes I do understand that this already is the norm with many Medicare Advantage Plans. But becoming a member of an Advantage Plan is a choice and you should understand that you will be bound by the plan’s terms and conditions. This will be completely alien for people who have original Medicare  or Medicare and a Medigap policy

Those new models include so-called accountable care organizations, in which doctors coordinate care to help keep patients from landing in the hospital for avoidable problems. Another approach is known as a medical home, in which nurses monitor patients with chronic conditions like high blood pressure, to make sure they are within acceptable ranges. See more at: http://finance.yahoo.com/news/govt-overhaul-medicare-payments-doctors-hospitals-173201982–finance.html

These changes are the first step in dismantling the Medicare Fee-for Service model that has been in place for decades. Having read this article you should at least have an idea what is on the horizon. My fear is that the vast majority of people have no idea that this is taking place.