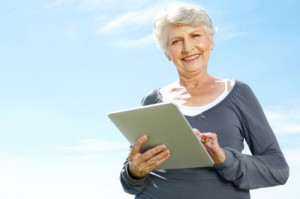 A little good news from CMS. The average Part D premium is to remain at about $30 per month.

This represents virtually no change from the 2012 average of $29.67 per month.

There is also a little good news for people who are likely to reach the Part D donut hole in 2013.

The wild card related to overall cost for 2013 Part D plans will be the amount required for co-payments and coinsurance.

Continue reading to learn the specifics of the Standard Benefit Model and donut hole coverage and learn why you may need to pay a much higher premium than average.

Part D plans can vary in several ways. There is often a disparity of premiums, different co-payment and coinsurance amounts, as well as different formularies.

One area where all Part D plans must be in conformity is the Standard Benefit Model. This encompasses such things a s maximum deductible and when you reach the donut hole.

Here are the Part D guidelines for 2013:

The one area that can vary between plans is the deductible amount. The maximum allowed is $325 but any less amount, including $0, can be required.

As part of the Affordable Care Act, the Part D donut hole will continue to close until 2020.

If you reach the donut hole in 2013 you will only be required to pay 47.5% for brand name drugs and 79% for generic drugs. The full cost of the drugs will count towards your out-of-pocket threshold amount.

If you believe it’s likely that you will reach the donut hole, you may want to shop for and compare Part D plans that include extra coverage while in the donut hole.

You should also compare formularies to determine which tiers your medications are listed in. The same drug can be listed in different tiers by two different companies.

Why the average Part D premium may not apply to you

If you look at Part D plans by State, you will notice that premiums can vary widely. Some plans have premiums in excess of $100 per month.

The biggest factor influencing premiums is the plan’s formulary. There are two types of formularies; basic and enhanced.

The plan with a basic formulary is most likely to have an average Part D premium and will include the most popular medications prescribed to people on Medicare.

The plan with an enhanced formulary is less likely to have a lower premium, will include all drug on the basic formulary as well as less common and more expensive drugs.

If you have chronic health conditions or require these less common drugs you are less likely to see a Part D premium averaging $30 in 2013.