Part D Formulary Is Key To Choosing The Right Plan 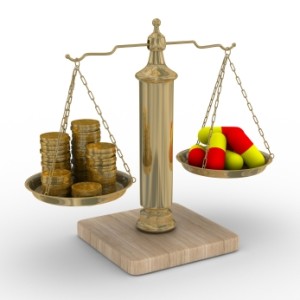 There are several things to consider when choosing a Medicare Part D plan. Comparing plans would be easier if Part D formularies were more easily accessible… but they are often not.

Formularies are considered to be either Basic or Enhanced. Most people will find that a basic formulary is suitable.

But there are many people, especially those with chronic health conditions that would be better served by a Part D plan with an enhanced formulary.

Depending on where you live you may have literally dozens of choices of drug plans available.

Part D plans vary widely by cost and by the list of drugs that are included in each plan.

Comparing Part D drug plans should start with the formulary

Here are things to consider when shopping for a Part D plan, listed from what is most important, to not as critical:

If your drugs are not included in the formulary everything else doesn’t matter. When comparing plans it is critical that you have access to the plan’s drug list.

Premiums vary widely, mostly based on the depth of the formulary. Whether or not a plan has a deductible will also effect the premium.

The average Part D premium will fall into the mid $30 to low $40 range. You  also will likely find Part D drug plans with premiums over $100/month.

These plans will generally have a very comprehensive formulary. Determine if you require that level of coverage before you commit to a plan with a higher premium.

Make your Part D choice count to last all year

Unless you are entitled to a Special Enrollment Period, you should compare plans and make a choice during the Annual Election period.

Beginning October 1st of each year you can see all available plans by visiting medicare.gov. You will follow the same steps to find both Part D plans and Medicare Advantage plans.

Make your plan choice between October 15th and December 7th for a plan that will become effective on January 1st.

Make your choice count because you will not generally be allowed to change plans during the course of the year.

Given this lack freedom to make plan changes it is vitally important that you choose the right Part D drug plan. This requires that you compare plans and take a hard look at the  Part D formularies. Don’t make the mistake of basing your choice only on price or low co-pays.