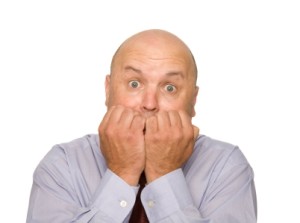 Although getting notice in the mail that your drug coverage will not be renewed can be frustrating it’s no reason to panic.

If your Part D or Medicare Advantage plan is not renewing you are entitled to a Special Enrollment Period to find another suitable plan.

Why are some Part D plans not renewing?

There can be several reasons why a Part D plan doesn’t renew for the following year. One reason has to do with regulation regarding Medicare Part D plans. CMS has mandated that there must be meaningful difference between a carrier’s Part D plans.

For instance one plan may include an annual deductible but have lower co-pays while another plan had no deductible but higher co-pays. In all fairness this was a positive move by CMS to give Medicare beneficiaries a real difference and choice between a carrier’s plans.

Many people are losing their Part D coverage because it is included in a Medicare Advantage plan that is not renewing for next year. These members will also be entitled to a Special Enrollment Period beginning October 1st through January 31st.

Steps to take if your Part D is not renewing

If you plan is not renewing your current insurance company may want to switch you to another of their plans. Even if you have an option to stay with the same company you owe it to yourself to compare Part D drug plans. Here are points to consider:

Don’t get hooked into believing that just because a Part D plan has a low premium it is the least expensive. It’s not about the up front cost but rather your projected out-of-pocket cost throughout the year.

Are There Too Many Gaps With Medicare and Only Part D?

If your Part D plan is not renewing for don’t panic. You are entitled to a Special Enrollment Period and you can compare Part D online.